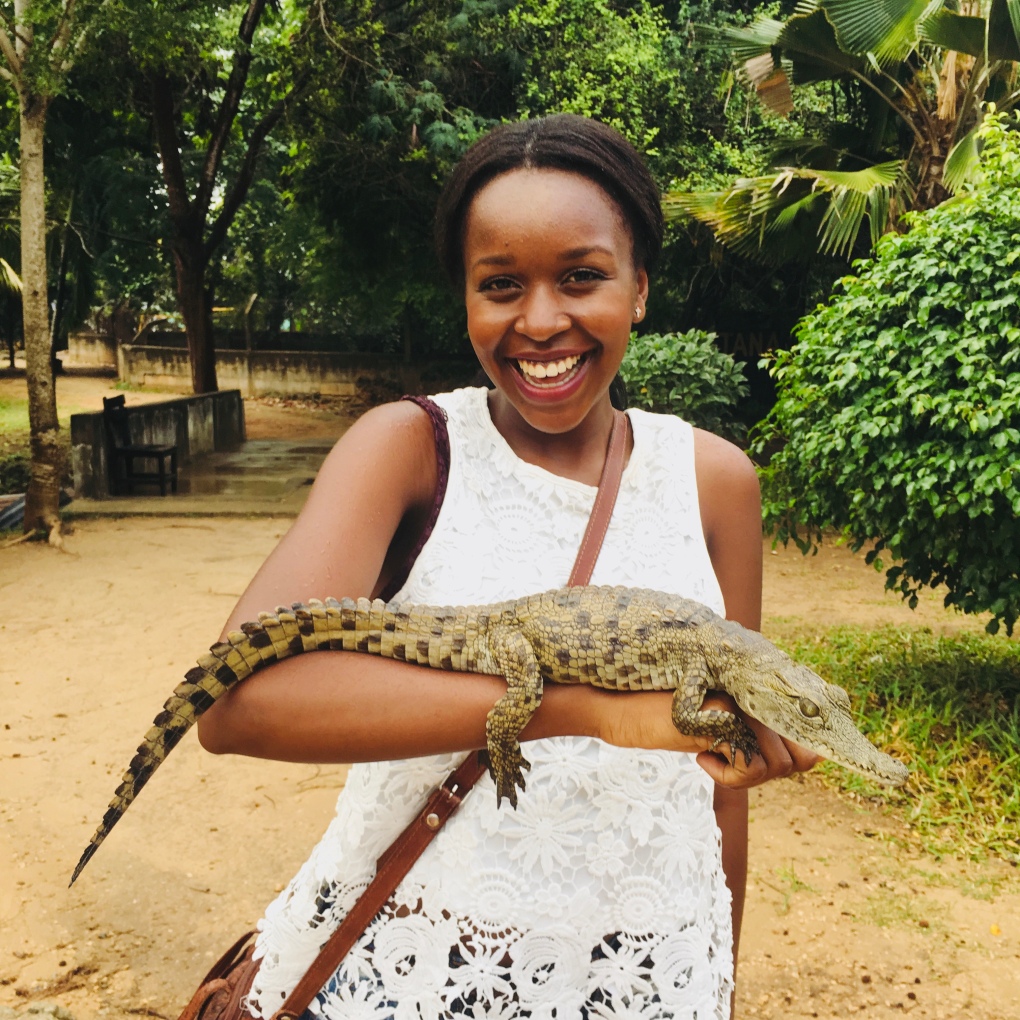 When we went to Mamba Village in Nairobi, children from different primary schools were visiting. Their tour guide was very charismatic, and did a good job of welcoming the children. Pointing at a crocodile the tour guide said in Swahili, “unataka ni amuke?” Which translates to, would you like me to wake him up? The children responded, “eeh” or “yes.” Then the tour guide tapped the crocodile on the head with a stick; the crocodile immediately lached onto the stick with his teeth! The children ran backwards screaming, but they were only scared for a moment.

The Mamba Village in Mombasa is the largest crocodile farm in Kenya! It was a beautiful rainforest; there was even a waterfall where we took pictures. On a somber note, there was a man-eating crocodile at Mamba Village called Big Daddy. Big Daddy is 5 meters long and 137kilograms; he killed 5 people before he was captured and brought to the crocodile farm. Surprisingly, what I thought was the most enjoyable attraction at Mamba Village was holding a baby crocodile and a python. A week ago, if you told me I would be holding a python in the near future I would have called you a liar! I blame it on the heat in Mombasa, it makes me feel adventurous.

There is still so much for you to see, so tune in for my next post! Mamba Out!✌

Life Update?
𝐋𝐞𝐭 𝐦𝐞 𝐭𝐞𝐥𝐥 𝐲𝐨𝐮 𝐚𝐛𝐨𝐮𝐭 𝐭𝐡𝐞 𝐢𝐧𝐭𝐞𝐫𝐯𝐢𝐞𝐰𝐬 𝐈 𝐡𝐚𝐯𝐞 𝐛𝐨𝐦𝐛𝐞𝐝 😅
Your girl is about to come off orientation & be a whole ICU nurse 🙌🏾
Joy with a sprinkle of don’t let anyone tell you what you can or cannot accomplish- even yourself
𝐖𝐡𝐚𝐭 𝐢𝐬 𝐬𝐨𝐦𝐞𝐭𝐡𝐢𝐧𝐠 𝐲𝐨𝐮 𝐥𝐞𝐚𝐫𝐧𝐞𝐝 𝐲𝐨𝐮𝐫 𝐟𝐢𝐫𝐬𝐭 𝐲𝐞𝐚𝐫 𝐚𝐬 𝐚 𝐧𝐮𝐫𝐬𝐞 𝐭𝐡𝐚𝐭 𝐲𝐨𝐮 𝐰𝐢𝐥𝐥 𝐧𝐞𝐯𝐞𝐫 𝐟𝐨𝐫𝐠𝐞𝐭? I’ll go first
This is 25. ✨